Welcome to American Bully Daily the one and only provider of information about American Bully breeds. Here you can find some useful information about Pitbulls. Learning useful info about Pitbull dog breeds can help you decide on what breed to get and how to care for its physical as well as mental needs. Also reading the historical info on how the origins and development of the Pitbull can be quite educational.

What Are The Pitbull Dogs?

The Pitbull is the type of dog that was bred for various activities. The original Pitbull were produced as fighting dogs that were the results of bull-baiting dogs being crossbred. Other different Pitbull dog breeds were used as hunters, livestock drivers, catch dogs, and family pet companions. Sadly these Pitbull dog breeds were also used for blood sports like cock-fighting, bull-baiting, and bear-baiting. The practice still continues today, but thankfully blood sports are now illegal in many countries.

Dogs labeled as Pitbulls are Pitbull dog breeds such as the Bull Terrier, American Pitbull Terrier, American Bulldog, American Staffordshire Terrier, and Staffordshire Bull Terriers. The word “Pit Bull” has become a generic term when you are trying to describe a dog that possesses the looks of a Pitbull like having a big body type and a head shaped like a square. The various Pitbull dog breeds have been mixed with other kinds of dogs creating many physical variations that make visual identification difficult for anyone even experts. The Pitbull originated in Britain during the 1800s. The Olde English Bulldog was used as a foundation for the Pitbull breeds. As mentioned above these dogs were used as participants in blood sports especially bull-baiting (hence the dog breed’s name), and many British folks were entertained by the spectacles of dogs versus bulls. By 1835 bull baiting was declared illegal due to its very apparent destructive nature and Pit Bulls were no longer fighting against bulls. However, bull-baiting was only replaced by another blood sport: dog fighting. As a result of the change of entertainment medium, the Olde English Bulldog was being cross-bred with terriers (the Pitbull Terriers are one of the outcomes of the cross-breeding) to create smaller dogs with great agility. Later on, dog fighting would also be declared inhumane and illegal.

The Pitbull breed later appeared in America when some of the immigrants from Britain brought their dogs along with their families and possessions. At this early time period of America, the Pitbull dogs were valued for their fighting skills. Instead of being used in blood sports, the immigrants utilized the dog as a guardian and a protector. Pitbulls were used to protect homesteads against intruders and dangerous animals. Also, they were used to help hunters and worked as hog catchers. More importantly, the Pit Bulls were the companions of the immigrants’ young children thus enabling the dog breed to have a place in the individual home and society. As time went by the Pitbull dog, have a prominent part in the culture of America. The USA as a nation values the virtues of hard work, bravery, worthy of respect and friendliness. These values are the traits of Pitbull dog’s that give them the impression of being an All-American dog. The dog’s popularity was evident in magazines, advertisements, and posters at this time were using the dog’s image on their pages. Celebrities, politicians, and scholars are some the people who find this dog breed to their favorite.

Today the Pitbull dog breeds are no longer used as fighting animals, but instead, they are now the loyal companions of humans.

What is the length of a Pit Bull dog breeds lifespan? That depends on the circumstances of the Pit bulls. For example, Pitbull Terriers with a normal average size has a lifespan of 13-15 years. Pit Terriers, who receive quality care from their owners and have healthy lifestyles, can live longer.

The Temperament Of Pitbull Dogs

The original Pitbull breed was bred to be aggressive since it is a dog used in blood sports hence the need for aggressive traits when fighting a bull or another dog.
When immigrants in America needed a reliable, hard-working, and loyal dog to use in work, they focused on breeding dogs with those traits with the aggressiveness toned down. These Pitbull Terriers, in turn, are good guardians, hunters, and companions for human families.

Today’s Pitbull breeds are no longer fighters or workers. Instead, they are now canine companions. Current Pitbull’s are friendly, intelligent, loyal and strong-nerved. The dog’s aggressiveness has been toned down, but this doesn’t mean that the dog is a pushover. The object of its aggression is against potential dangers aimed at its loved ones. Because of it, they make good household companions and protectors that are vigilant while remaining affectionate to its human family.

Pitbull dogs are sociable animals though they need training for it. A well-trained and properly socialized Pit Bull Terrier is not instantly aggressive to humans (unless they are threatening) especially if said persons happen to be its adopted family. Uncontrollable aggression, however, is not a desirable trait in this dog.

When it comes to other dogs, it may show some mild aggressive behavior, but it won’t attack the other dog. But once the Pitbull gets used to the others, it will warm up to them. However when it comes to other animals like domestic fowls, cats, rabbits, etc. precautions must be taken should the dog interact with those kinds of animals. This dog breed still has its high prey drive, so it is best to rein in the Pit Bull. 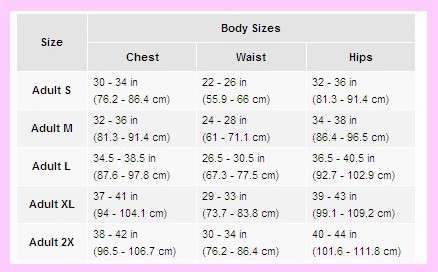 A well-bred and properly trained Pitbull dog is easygoing, loyal, dependable and good-natured. Socialization training and companionship are paramount for the dog. This actions can prevent the dog from becoming too aggressive. However, a Pitbull can be a stubborn animal, but it will respond well to owners who enforce the rules for it to follow. The dog will still react to strangers though this will differ depending on how it was trained socially.

When it comes to interacting with other dogs, it can live peacefully with them. However, if the other dogs are assertive, the Pitbull will not take the other dog’s behavior kindly due to the Pitbull dog’s no-nonsense attitude.

The Pitbull is a hardy breed of dog, but you still have to look out for bone diseases like kneecap dislocation, hip dysplasia, and degenerative myelopathy. Skin problems like skin allergies and mange are also present in the dog. Be on the lookout for ailments like thyroid and congenital heart defects.

Taking Care Of Your Pitbull

The dog due to its energetic and active temperament needs vigorous daily exercises that can stop destructive behavior along with boredom. Taking the Pit Bull on outside walks is a good idea and will help in socializing the dog. Nevertheless, the dog must be leashed just in case of trouble.
If your Pit Bull dog is affected by any of the health problems mentioned above be sure to take it to a veterinarian for a check-up.

How Should You Feed Your Pitbull Dogs?

A meat-based meal is suitable for the dog. Make sure that the food served to it is whole meat or mostly meat that has lots of protein to maximize its nutritional intake. Too many salts (nitrates and phosphorus) is not ideal for the dog. Be sure to check if a dog food contains fillers like corn, potatoes, and wheat. Some dog foods have more vegetables than meat in their ingredients and they are not ideal meals for Pitbull terrier

When feeding your Pitbull give them a little bit of food 2-4 times day. Make sure that the meal is enough to satisfy his hunger so avoid feeding it little and also, avoid feeding it too much. Pit Bulls shouldn’t eat for half an hour after exercise. Check out our review of the top-rated dog food for pitbulls.

Different Pit Bull Terrier breeds have various colors. Here are some of their coat colors below:

Various types of Pitbulls have been bred for fighting, work, and pet companionship. As a result, Pitbull Breeds are diverse as well as numerous. Here is a list of several types of Pit Bull breeds:

A dog-lover can never go wrong by picking a Pit Bull as a pet. It is an ideal family companion pet that is loyal, strong, brave and protective. Who wouldn’t want a dog with traits like that?