The Pitbull Rottweiler mix is a hybrid dog which combines the impressive prowess of a Rottweiler and a Pitbull.  Everything from its temperament to how it looks like will take after its parents, which means that you can expect to get an independent canine that, once trained properly, will make it not only a wonderful addition to your family but also a protective guard dog at the same time.

Before you get a Pitbull and Rottweiler mix, you might want to close your ears first to people’s questions if you are sure about your decision. Don’t be surprised if such questions are hurled your way because there is no denying that the two parent pure breeds are known for their reputation for being strong-willed. However, it cannot also be denied that they are both very intelligent. As long as you know that you will get a canine with leadership traits and accept the need to put in lots of hard work for training it, you will be fine with your decision.

Other Names for Rottweiler Pitbull Mix

Pitbull Rottweiler mix is one of the famous groups of mixed breed dogs that are known as the designer dogs. These are the dogs that have been bred deliberately with the use of 2 purebreds. Several mixed breeds have an intent why they’re bred, yet some don’t. When it comes to Pitweiler, there is no reason why this mix was made through a majority of these were originated in America. Both parent dogs of this dog mix are dominant, smart, powerful, and have a history of being bred because of aggression.

Physical Traits of a Pitweiler

The Rottweiler mix is indeed a beautiful creature. Its coat’s color varies according to what the parents look like, specifically the side of the Pitbull. You will find brown and black puppies, to black, white, and brown ones. All in all, you can look forward to getting a canine with a proud appearance, and depend on which parent got the slightly stronger genes, the resulting offspring can have a more obvious Rottweiler or Pitbull gait and look.

It will also have thick padded large paws and strong legs, and a curly and long tail. It will be up to you if you like to leave your pet’s ears cropped or naturally droopy. Whatever it is, you can be sure that your pet will be huge, weighing 50 to 100 pounds. When it comes to its coat’s thickness, it can have either a short mane similar to the Pitbull or something much thicker when it takes the Rottweiler side. Either way, this breed is not a huge shedder, so you don’t have to worry if you want your pet to stay indoors. Just don’t forget to groom it on a regular basis for your pet to feel and look its best. For you to best to able to identify the temperament of your Pitbull Rottweiler mix, you will have to consider first the temperaments of the parents, the Pitbull and the Rottweiler, and know that you can always end up getting the combinations of both or either of the two breeds’ temperaments. This crossbreed is among those canines that do best in life if their owners spend a significant amount of time of the day with them, giving them all sorts of attention they need for them to feel like an important member of the family. This breed also loves to fool around with people they love, adults and children alike, and they show people all the affection they have in return. How to Train Your Pitbull Rottweiler

Although both Pitbulls and Rottweiler have some genetic predisposition in them to be a bit more aggressive to animals and people compared to other breeds, it is important to remember that once in right hands and socialized and trained by the right people, the Rottweiler mix can grow up to become among the most amazing dogs you have ever seen in your life.

Things can only become extremely dangerous when the two parents or the mixed breed offspring has been raised within unhealthy environments and don’t get the right socialization and training. When this happens, the canine can grow up exhibiting aggressive and dangerous behaviors most of the time.

This breed is also very popular for mistaking small animals as prey in the wild. This is the very reason why it is a must that you properly socialize your Pitbull Rottweiler mix puppies as early as possible in order to refrain them from growing up with such behavior.

Also, you have to take note that this breed can also be dominating and become the leader in your relationship with them, a situation that you have to deal with through proper training from a very young age.

But, there is no need to worry because this particular breed is also notorious for its high levels of intelligence and the fact that they love spending quality time with their owners and making them happy, something that you would like to happen during the training. Provided that you know what you are doing when you train this crossbreed, you will not encounter any difficulties during the process.

One more thing to remember is that the breed can also adopt the love for dominance from the Rottweiler and Pitbull parents that can sometimes become evident when you train them, wherein they can act as if they are the leader, and they decide what will go down and what will not.

For those who lack experience in training such breeds, it would be better if you leave it to the hands of certified professionals who know what they are doing.

Don’t forget that the most important thing here is that like other dogs; a Pitbull Rottweiler mix will be best receptive to socialization and training when they are still of relatively younger age. The older dogs become, the more difficult the training will become, as they will be less receptive, with the progress going much slower.

However, if there’s one thing that you must be noted when training this dog mix is that there are instances that female Pitbull Rottweiler mix dogs do not really get along with some female dogs, which is something that can be solved easily once addressed with proper socialization at an early age. Training must not also be just about teaching the dog on how to deal with as well as activities around people properly, it is also about teaching your kids on how to deal or interact with the dog.

Pitbull Rottweiler mix is a dog that is fairly dog, which has tons of energy levels that are built up inside it that have to be released regularly through supplying them with necessary outlets for them to get in the decent amounts of exercise and physical activities throughout the day. Through this, you can be assured that your dog is mentally stimulated and physically healthy. Generally, it is recommended that you consider giving your dog with sixty to ninety minutes of physical activity daily through running, playing games, walking in the park, and so much more.

The way Pitbull Rottweiler mix gets its physical appearance from the parents; the same can also be said when it comes to their health. Pitbulls and Rottweilers both have problems with their hips, which are referred to as hip dysplasia. It’s a deformity where femur doesn’t fit well into the hip sockets. The dogs that have this problem will live with a considerable level of pain, yet it can be prevented through surgical procedures. However, this will cost you lots of money. Cataracts and allergies in the older dogs are common with Pitbull Rottweiler mix. As long as you pay attention to the symptoms and get your pet taken to the veterinarian quickly, Pitweiler will be fine and live up to fifteen years.

Pitbull Rottweiler mix is not renowned to be an excessive shedder that means it is perfectly fine for you to brush your coat several times a week. Nevertheless, it can change a bit in shedding season, particularly during the spring season in which case you might want to up your brushing off their coats to around a day until everything gets back to normal. As far as giving your dog bath is concerned, you must only do so when needs arise as there are no special conditions they have that needs you to stick to the bathing schedule.

Never forget to brush your dog’s teeth regularly around four times a week to ensure that they do not develop any dental issues. The other grooming practices are nail trimming and ear cleaning. These should be left for professional groomers to do regular basis as you may go wrong with either of such two and would cause pain to your Pitweiler dog if you do not really know what you are doing and do not have enough experience with it. Just remember that this dog mix requires ear cleaning frequently.

The puppy Pitbull Rottweiler mix might cost between $150 and $800. Some coats to cover include collar and leash, deworming, blood tests, crate, chipping and shots, and spaying. It comes from $450 up to $500. The yearly basic medical requirements for check-ups, pet insurance, flea prevention, and shots might come to $485-$600. Some yearly costs for the things include treats, foods, training, license, and toys come to $520-$620.

Pitweiler as Your Family Dog

Like having any kind of dog, you need to be sure that you can set aside tons of energy and time to love and train it. The worst thing you can do is delegating such mandatory tasks to somebody else as it can confuse Pitbull Rottweiler mix in determining the owner. See to it that you have a yard because these dogs need lots of exercises and enjoy spending time outside.

Apartment living isn’t suitable for the strength and size of Pitbull Rottweiler mix, so unless you live in the penthouse with its own grass and balcony, never consider getting Pitweiler as your pet. You should also make sure that you have the mental and physical strength to train and take care of this dog mix. It isn’t also going to be a piece of cake. The reason behind it is that this dog is strong-willed, yet if you dedicate energy and time to training and socializing it well, you’ll emerge out of it with a best friend that features unflinching love and loyalty and one that’s willing to do everything for you. Pitweiler, once well-trained, loved, raised, and socialized, can be a nice family dog, most especially for experienced owners. This dog mix is faithful and dedicated, loving and affectionate, smart and protective. Nevertheless, the dog is dominant by nature, so you have to deal with that without the need to resort to the negative measures.

Because of the parents of Pitbull Rottweiler mix that were known as aggressive and were used as guard dogs in the past, some people assume that this kind of dog mix isn’t a loving dog that’s suitable to be kept around kids. Yet, there are breeders who have worked their best to breed out aggression while the dog doesn’t need an experienced and firm hand that can be a rewarding companion with your family. 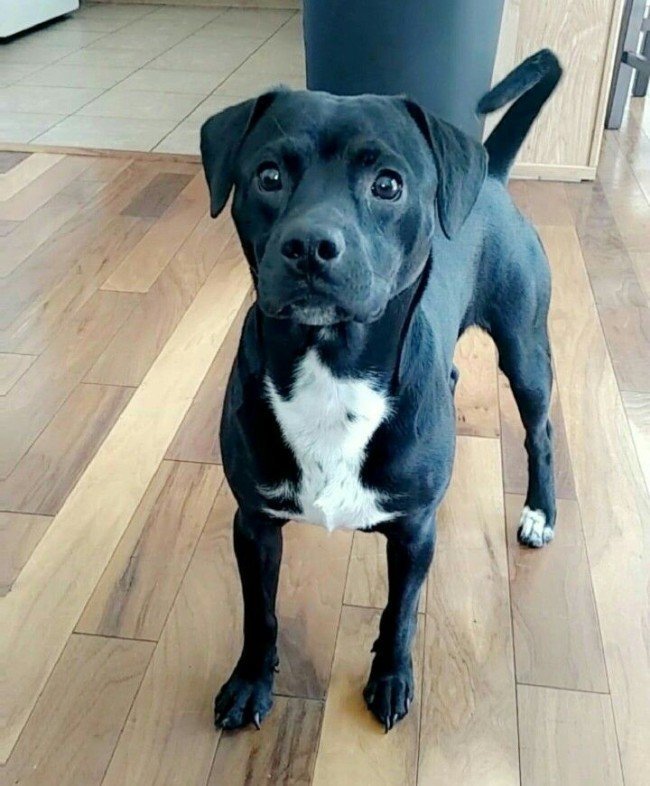 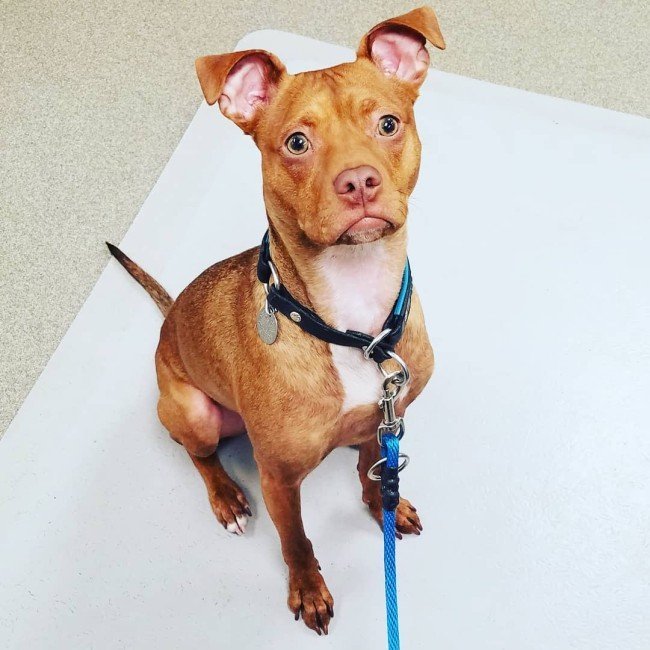 Pitbull Great Dane Mix and Why It Is a Great Addition to Your Family? 11 Things You Need To Know About Husky Pitbull Mix 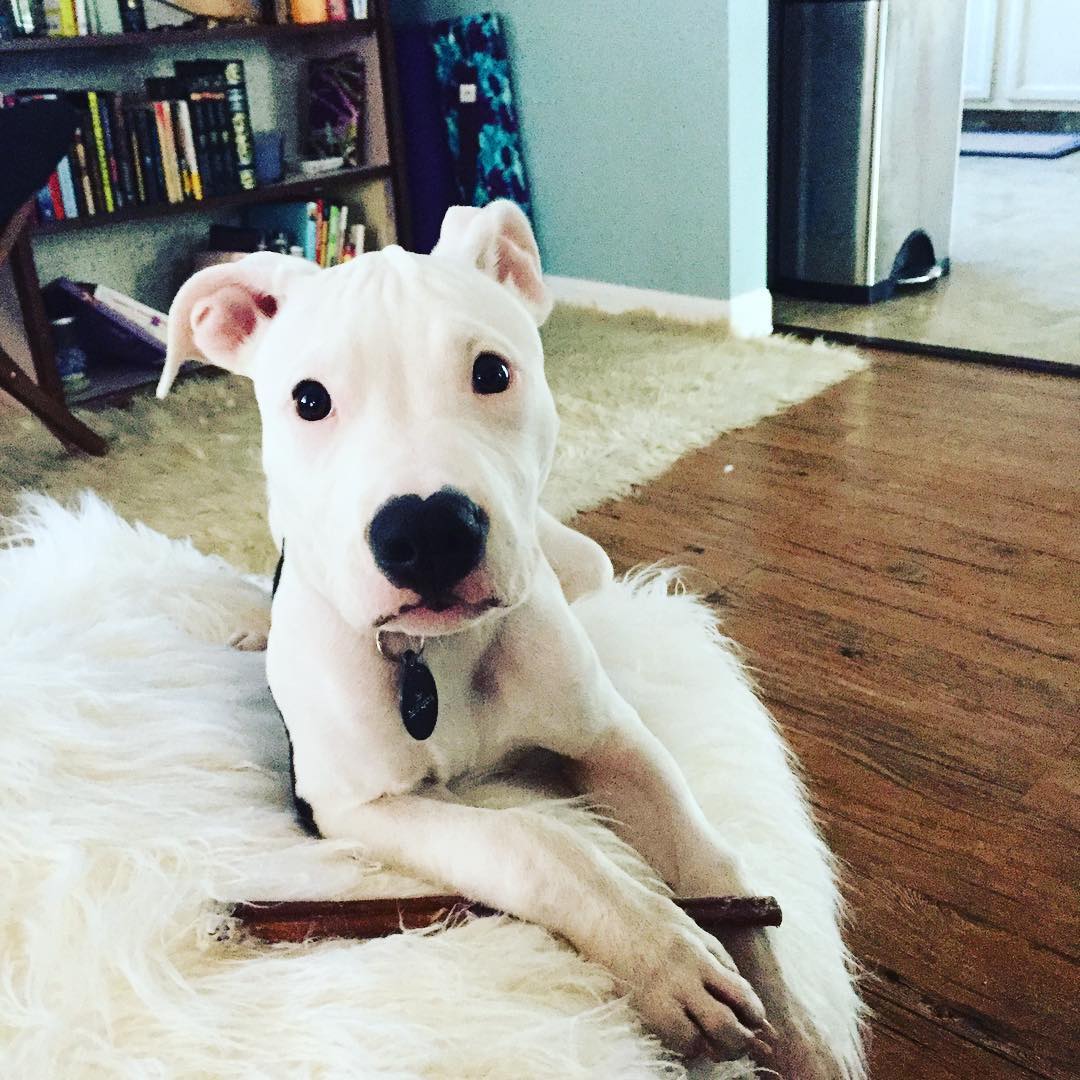