You are here: Home / Health & Nutrition / Human Foods / Can Dogs Eat Ham? Is This Holiday Food Safe For Your Pets?

Ham is a holiday staple. It is something that homes prepare and showcase during special occasions. Most people love munching on ham slices as appetizers or as an ingredient to a particular recipe. Ham is usually made from pork or poultry meat. They are cooked, baked, and topped with unique sauces like honey or pineapple glaze. And as pet parents, we also wonder and ask, can dogs eat ham?

The answer to this seasonal question is not just a simple yes or no. Pet parents need to consider several things before giving this fancy food to canines. In most cases, we can’t stop ourselves from feeding pets some scraps when we are cooking and preparing meals, especially with these delicious feasts. However, it is best to ask your vet if it is healthy to share some human foods with your fur babies to ensure that you are giving them food that is safe for them.

Can Dogs Have Ham? Ham generally is not dangerous for canines. Like other pork or poultry meat products, they are protein sources. Thus giving them a few pieces of it will not harm them. However, this product does not offer your pets the optimum nutritional value. Store-bought ham has high amounts of sodium and fats, which may be harmful to your dogs when given in large quantities.

More so, hams are also fatty foods, and some canines have a sensitivity to such products. And, while it is technically protein, it is not the kind of protein that is good for your dog. More so, fat and sodium are not the only danger that ham poses to pets. It also contains preservatives like nitrates and nitrites, which are also sodium-based and are bad for any pet.

All this sodium that is loaded on ham products is toxic for canines and has severe side effects on some dogs. Too much sodium can lead to vomiting, lethargy, and diarrhea. In severe cases, it can damage your pet’s kidneys and cause seizures. Additionally, the ham’s high-fat content may lead to serious digestive issues in some canines. Therefore, think thoroughly before giving ham scraps to your pets. If it is not necessary, search for other alternative treats that are safe for them instead of giving them ham pieces.

At What Age Can Dogs Eat Ham?

Although ham is not necessarily harmful and is not listed as one of the foods dogs can’t eat, it is not a recommended food for canines of any age. Give fully-grown doggies may have ham scraps in moderation, but puppies cannot have any ham treats at all.

Puppies have a more sensitive digestive system and giving them even small amounts of ham that may load up their sodium and fat consumption. Younger dogs are sensitive to fat, salt, and preservatives. These foods are usually highly-processed with plenty of preservatives; thus, it can be dangerous for adult canines and puppies.

At the very least, your puppy may experience having an upset stomach, diarrhea, and lethargy if they consume some of these types of meat.

More so, salt in human foods can cause several health problems in canines. Milder symptoms may pass, but as your puppies grow older, consumption of sodium-rich foods will lead to more severe side-effects. It includes heart problems, kidney issues, and weight gain. If left untreated, these conditions are life-threatening.

So, while ham can smell irresistible for your little pups, it is best to avoid giving them any scraps at an early age. Find other alternatives like bacon-flavored treats instead. These are healthier and will satisfy your pup’s cravings for that delicious-smelling cured meat. Do you have American Bulldogs? If YES, then please our list of dry foods for American bulldogs

Is Ham Bad for a Dog?

At first thought, the ham may seem like a safe and delightful treat to share with your doggie because of its high protein content. While some pets eat ham scraps without any issues, some may experience sensitives to this food. Thus, ham can be bad for a dog.

Ham has an extremely high-fat content. It is higher than any other type of meat product, and it can be harder for dogs to digest. Just like humans, consuming too much fat may lead to health issues. More so, it has more sodium than necessary.

Feeding pets food that contains high levels of fat and sodium can be dangerous. Some problems that you may experience with your canines include vomiting, upset stomach, and diarrhea. When attended to immediately, these symptoms can pass without any significant issues.

But if your pet consumes too much ham, watch out for life-threatening conditions like bloating. For humans, bloating may be a discomforting experience. However, dogs that ate a lot of salty foods and consumed plenty of water in a short time can experience bloating. In severe, such conditions can lead to death.

Likewise, excessive consumption of salty foods can lead to canine pancreatitis. In some dogs, the condition can develop quickly, especially when there is also too much consumption of fatty foods. Hams have both; it is high in fat and high in sodium, thus giving pets too much of it can lead to life-threatening conditions sooner than you realize.

Among other problems, too much fat in hams can also cause weight gain, diabetes, kidney problems, heart diseases, and reduced mobility in canines. Therefore, it is never a good idea to give pets ham products in large quantities or regularly. Read our guide about weight control dog food HERE!

What Happens if a Dog Eats Ham? Like in other canine situations, stay calm and don’t panic in case your pet eats ham. While it is not recommended to give pets ham as treats, a small amount may not harm them at all.

Search out for signs and symptoms of digestive problems like stomach upsets, diarrhea, vomiting, and excessive thirsts. If your pet ate large amounts of ham and is showing any of these signs, contact your veterinarian immediately.

Your pet may be experiencing digestive discomfort due to sensitivity to ham and its ingredients. However, it can also be a severe condition like bloat or pancreatitis. More so, keep in mind that puppies have a more sensitive digestive system, and small amounts of ham can easily make them sick.

In case you gave your pet some ham slices, you should still talk to your vet. Some scraps may not make your pet sick or cause any issues, but it will not hurt to check with your vet. It is best to avoid feeding canines any ham treats so that they will not crave for it. There are no nutritional benefits for them from this type of food, and if they consume excessive amounts of it, they can get sick.

Holidays like Christmas, Thanksgiving, and Easter are also a season of emergencies for sneaky pets and dogs. Pet parents have irresistible scraps of ham bones on trash bins that dogs can steal and mindlessly eat. But depending on its size and whether it is cooked or uncooked, ham bones can be harmful to your pets. If your pet got hold of a bone from your ham feast, they will probably be fine. However, search out for changes in their appetite and bowel movement.

Likewise, cooked ham bones are the worst thing that you can share with your canines. These bones can become soft, and splinter once chewed as a treat or toy. It can seriously harm pets by causing damage to their mouth and internal organs if ingested.

More so, raw ham bones are also risky to give to pets because of the parasites and worms that are present in them. These can cause illnesses to your pets, and so it is best to avoid giving them to your pets.

If they start showing signs of upset stomach or start vomiting, contact your veterinarian immediately.

Ham hocks are just like cooked ham bones; they are bad and harmful for dogs and thus avoid giving them as a treat or toy. Although ham hock doesn’t splinter nor break, your pet may swallow the whole hock and choke them. Thus, avoid giving them to your pet.

Honey-baked ham is one of the most popular types of holiday pork dishes that people love. However, like most ham products, it is not recommended for dogs. There are lots of ingredients in honey baked ham, which is not safe for canines like excessive sugar content, high sodium content, high-fat content, and other preservatives.

Finally, to share a few pieces of ham probably is safe for dogs. This is considering that they do not have any health issues that may worsen by consuming this holiday treat.

If you are not sure about your pet’s condition and they have consumed some ham, it is best to consult with a vet before feeding them any more human foods. If you want your pets to get the most nutritional values, stick with a healthy alternative. Ham poses a lot of health risks to canine pets because of its high-sodium and high-fat content; thus, it is best left for human consumption. Fruits And Vegetables That Are Perfectly Safe For Dogs Can Dogs Eat Corn? How About Cob and Kernels? 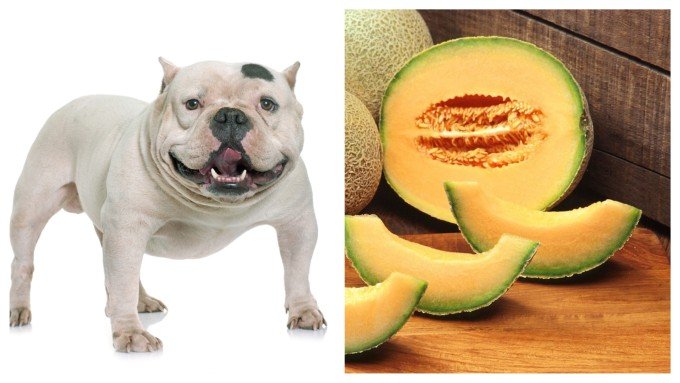 Can Dogs Eat Cantaloupe? Is It Considered to Be Healthy For Pets? Can Dogs Eat Asparagus? Is It Healthy for Them? Can Dogs Eat Celery? Cooked vs. Uncooked Celery Which is Better For Your Pets? Can Dogs Eat Cucumber? How About Seeds and Skin?